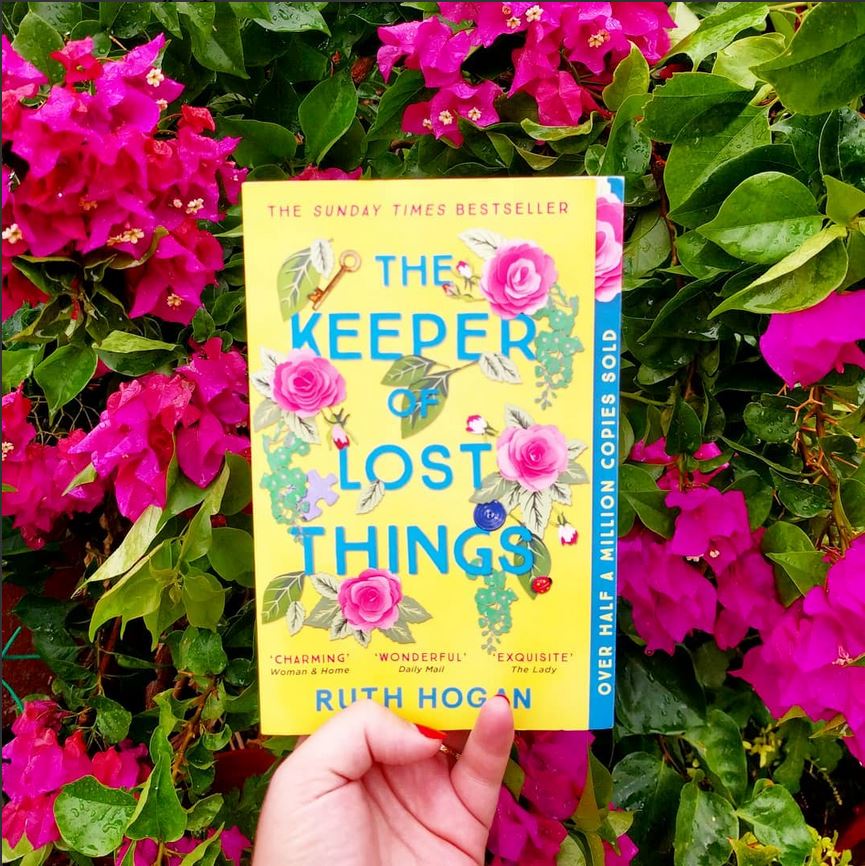 Meet the ‘Keeper of Lost Things’…

Once a celebrated author of short stories now in his twilight years, Anthony Peardew has spent half his life collecting lost objects, trying to atone for a promise broken many years before.

Realising he is running out of time, he leaves his house and all its lost treasures to his assistant Laura, the one person he can trust to fulfil his legacy and reunite the thousands of objects with their rightful owners.

This book was a Christmas present from several years ago that I had been carrying around on holidays because it seemed like it would be a good holiday read but I had never actually got around to reading. The picture above? Greece, 2018. And it was ridiculous, because it was a book that held a lot of appeal, it sounded genuinely lovely and uplifting, but perhaps the issue was that it didn’t seem urgent – there was nothing pushing it up my reading list.

However, this made it the perfect book for when I was feeling somewhat overwrought and worn out before Christmas. I was still struggling with my 2021 reading slump, and honestly feeling like I was spread very thin over far too much toast. It made the main character, Laura, feel very relatable when she finds herself suddenly in a situation far beyond her own expectations.

Much like Leonard and Hungry Paul, the story is very gentle. It doesn’t drive you along at any kind of aggressive clip, and everyone within the story is (by and large) well-meaning and nice to each other. There are a few exceptions, but they come across as somewhat panto-villainish rather than any actual threat to the heroes of our tale. They are flawed people in their own way, but their flaws are always painted as understandable, the reactions to them resonable, the resolutions mature.

Two stories are weaved together in this book, connected by a lost icon of St Teresa from decades previously, and a lost box containing the ashes of a dead man found at the beginning of the novel. We see parallel timelines – one a vintage story of a friendship between a publisher and his assistant, best friends and with some slightly bittersweet unrequited love but no less tenderness for it; the second is a contemporary story of a woman who has felt she has failed at every opportunity life has given her determined not to fail at her latest, and surrounded by people who want to help her. Between them, woven like a thread, is the tale of a man who is not a widower only because his fiancée died before they could get married, and the mission he set himself to collect lost items and save them.

There’s an element of magic realism to this, not unlike the gentle fantasy of Dress Shop of Dreams. Anthony – our late not-quite-widower – writes short stories about the items he finds, but somehow manages to tap into the truth of each object’s origin. His fiancée’s spirit haunts their house, stopping the clock in her room at the time of her death, making it smell of roses, and becoming increasingly more irritable a housemate when Laura proves somewhat less than speedy about acquiesing to her spiritually-communicated demands. These elements of the fantastic aren’t really questioned or explored at length, just accepted of facts of life and everyone continues on, which is quite a fun approach.

There are some elements of the book that I’m not 100% on – having a man named Anthony, who lives in a house called Padua, collecting lost things feels a little on the nose; and Sunshine, the girl with Down Syndrome (or, as she calls it, “dancing drome”), is a very sweet character but I wonder if she perhaps tends a little too close to a TV tropes article than a character in her own right? These are extremely minor niggles though, in an otherwise very lovely, warm-hearted book. There’s an element of found family within it that makes me extremely happy, as well as a gentle sense of self-relisation and confidence-building that isn’t a laboured or heavy-handed message. It was just the gentle sort of book I needed when my brain was struggling with the stress and strain of the world.